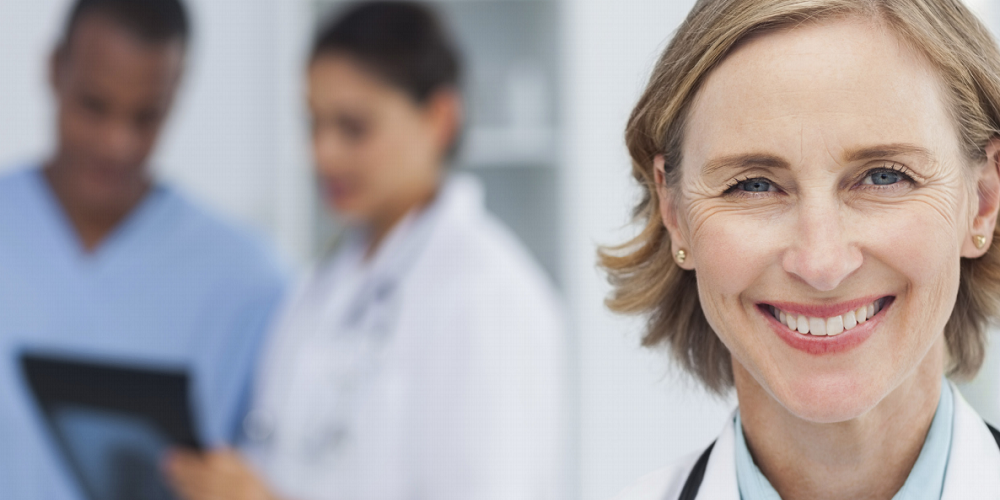 BWMH shifted to a managed print environment to lower overall printing costs and deliver greater efficiency and visibility across both their MFDs and printers.

A not-for-profit, community-based hospital with 76 beds, Burnside Hospital provides premier acute medical, surgical and obstetric health care for patients, clients and their families, and has a strong reputation for its maternity care. The hospital employs 330 people working in shifts to cover its 24 hour-day, seven day-a-week operation. Of the 330 employees, approximately 120 have access to a PC and 180 operate a diverse range of document management devices including five Canon monochrome Multifunction Devices (MFDs), 23 Lexmark monochrome and colour printers, and various fax machines and scanners.

BWMH  were looking to replace their existing Canon service contract that was expiring. They were experiencing increased service calls, more frequent episodes of downtime and poor performance of the devices that were impactful. Their key goals included:

The Canon Multifunction Devices were facing end of life and Burnside’s service contract with Canon was due to expire. With increased service calls for the devices and more frequent episodes of downtime, the poor performance of the devices was impacting the efficiency of Burnside’s medical records department and their reception desks, both of which are critical to Burnside’s daily administration and require reliable printing and copying capabilities for maintaining patient records and addressing a range of other documentation needs.

In addition to the problems the hospital was facing with its current MFD fleet, they were interested in building the profile of the maternity unit and attracting more women to Burnside for their obstetrics care. This required the production of high quality, printed marketing materials and support guides, but the current colour printers had limited finishing options and demanded expensive colour toners. Burnside had no choice but to outsource the printing of these materials, which usually required a minimum quantity order of hundreds, if not thousands.

The hospital’s newer Lexmark printers were less than one year old, and Burnside was quite happy with their performance given the quality and speed for such inexpensive initial costs. Unfortunately the service response time of next business day did not satisfy the critical nature of its operations. The hospital was also unable to track the Total Cost of Ownership (TCO) of these devices.

In order to gain greater support and maximise performance, Burnside initially set out to simply replace the five old Canon monochrome MFDs with new colour MFDs, which would be more reliable and offer greater efficiency.

“We had established there was an urgent need to replace the old Canon MFDs, however after examining Kyocera’s TCO proposition and device agnostic MPS offering, the concept of replacing both printers and MFDs under a Managed Print Services (MPS) contract offered clear advantages that we simply could not ignore, not least of which included significant cost savings and streamlined product support,” said Ben Knappstein, IT Manager, BWMH.

Kyocera began working with Burnside by completing a thorough assessment of the hospital’s printing costs, which provided insight into the real TCO of its existing printer and MFD fleet. Burnside realised that while achieving its MFD replacement objective, it could also move to a managed print environment to lower overall printing costs and deliver greater efficiency and visibility across both its MFDs and printers.

With the help of Kyocera, Burnside replaced its entire Canon and Lexmark fleet with TASKalfa 500ci and TASKalfa 400ci, productive BertL5-star rating Kyocera colour A3 MFDs with various finishing features (also replacing the functions of several different stand alone fax machines and scanners), along with two FS-C5300DN, three FS-C5100DN, five FS-3900DN, one FS-4000DN printer and 12 FS-1118MFP A4 MFDs. Importantly, Kyocera’s MPS offering not only provided a single management solution that incorporated all Burnside’s MFDs and printers, it also guaranteed a single service level agreement (SLA) that set service response times of under four hours for all.

And, given the critical and unique nature of hospital operations and the urgency in solving any technical issues, Kyocera also equipped Burnside with an easy diagnostic guide and end user training to quickly and easily minimise the impact should any downtime occur in the middle of the night or during holidays. In addition, Kyocera paid extra attention to the devices in the Medical record and reception area in which the technician provided preventive maintenance and placed additional A4 MFD devices as a way to minimise the occasion and impact of downtime.

Kyocera also established the ability to automatically collect meter readings for Burnside’s MFDs and printers, which could then be composed into a single usage report and single invoice for all devices. The ability to automatically order new toner supplies whenever MFD or printer toners in use are running low also helped the hospital to eliminate the workload of managing and ordering toners.

The MPS solution delivered additional streamlining by providing a single price structure for monochrome and colour printing, which would vastly simplify the complexity associated with cost optimisation. It also standardised the drivers for MFDs and printers, so users working across multiple divisions could print with greater ease.

Speed - Data captured is matched ot the Supplier Masterfile and goes directly to the manager responsible. The authorisation process is automated by using electronic signatures and file transfer

Logic - Electronic invoices are easily located on the server by supplier name and invoice amount, so the Finance Department can access easily