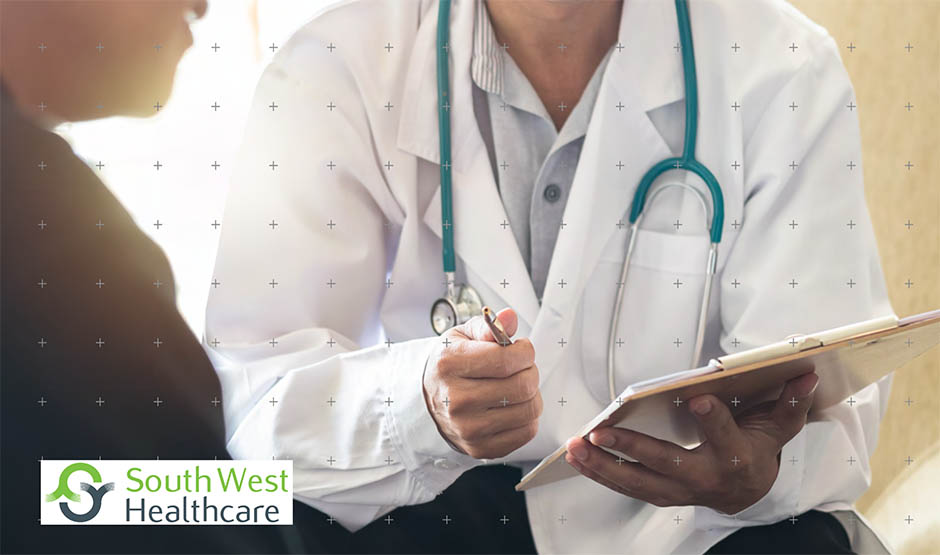 SWH is also a member of the South West Alliance of Rural Health (SWARH), an alliance of health agencies in a 60,000 square kilometre region, stretching from the west of Melbourne to the South Australian border.

My objective looking back was quite minimal, really. But then it became very obvious to us all that the potential of automation was much larger than envisaged

In 2011, SWH implemented a basic scanning solution using a barcode sticker to identify invoices. While there were many benefits to tracking their invoices in this way, the barcodes had to be individually attached and registered in their accounting software, Oracle Financial Information Management System, creating additional work for the accounts payable department.

“My main pain point was the fact that we still had an manual attachment process, which added a layer of work to our accounts payable department,” explained Liz Bramich, Regional Financial Systems Manager at SWH. “I was hoping to automate the process and also eliminate the need for additional hardware.”

“My objective looking back was quite minimal, really. But then it became very obvious to us all that the potential of automation was much larger than envisaged.”

As SWH realised the time and cost-savings potential of invoice automation, there were a number of other features they also required. These included:


SWH also has a separate engineering and maintenance order system that didn’t integrate with Oracle, which raised approximately 100 orders each month. Additionally, a number of other payments including rates notices, ambulance invoices and add on freight costs, did not have FMIS or internal order numbers associated  therefore required extra processing on the part of the accounting team.

SWH already had a Kyocera multifunctional device in their accounts payable area, prompting Ms Bramich to reach out to Kyocera to investigate whether they could use its document management capabilities to improve their invoice process. It was in the initial discussions between SWH, other SWARH members and Kyocera, that a custom Victoria Health document processing solution, KESTO - Kyocera Enhanced Scan to Oracle, was envisaged and then developed.

KESTO recognises and processes invoices and payment requests, extracting the relevant data and verifying it with Oracle, before interfacing it into the system.

KESTO provides capabilities to automatically recognise and classify documents. To simplify, the implementation of KESTO at SWH began with the addition of several icons to their current multifunctional device, which allowed the accounting team to control their workload and use high priority scanning for invoices requiring urgent processing. They were also able to batch their invoices using the multi or single page icons.

Secondly, the KESTO solution integrated the engineering and maintenance orders with Oracle, enabling data extraction and vendor verification for all invoices, as well as matching headers and line items to Oracle orders. The system also automatically attaches precoded engineering orders to the invoice, allowing it to be referenced as a single document within Oracle. Finally, for payments without specific tax invoice numbers, such as staff reimbursements, KESTO was able to create unique and meaningful invoice numbers that were electronically attached to the document as it was captured.

While SWH initially worked on implementing their own plan, it quickly became apparent that other health providers in the south west were also interested in an invoice automation solution.

By themselves, these other regional health services in the group were unable to afford an automation solution, however Kyocera offered SWH the ability to network KESTO, making it available to smaller agencies within SWARH.

“They were all very excited because they knew they couldn’t afford a solution on their own,” said Ms Bramich. “And of course, it enabled us to cost share and provide a sustainable solution where SWH could take the lead in becoming the general system administrator.”

SWH now assists other healthcare providers with training and identifying invoice processing improvements based on their own experience.

The whole atmosphere of the department has improved, and our accounts payable manager is now down to a nine-day fortnight, while still staying on top of his workload.

Since the implementation of KESTO in 2016, SWH estimates that they’ve reduced their invoice processing time by at least 40 percent, while still processing over 80,000 invoices annually between the different agencies using the solution. In fact, even though the KESTO scanning solution is only used for 35 percent of their overall purchase order processing, as the remaining 65 percent is via electronic trading, SWH was still able to see a return on investment in under two years.

“The whole atmosphere of the department has improved and our accounts payable manager is now down to a nine-day fortnight, while still staying on top of his workload,” said Ms Bramich. “Coverage also becomes more achievable, because we have staff from other agencies using the exact same system who can do our processing remotely.”

Compared to other agencies using Oracle, whose staff are dealing with increasing workloads due to changes in the Oracle and COVID-19 impact, SWH has been able to avoid this and actually reduce their staffing thanks to KESTO. They have also eliminated the need to courier documents from outlying warehouses to the central Warrnambool accounts payable department. These locations can now immediately enter and scan their invoices on-site for the central department to review.

Another notable benefit has been the correction of a number of previously unidentified ABN verification issues. “We now know that we’re 100 percent compliant with our ABNs and our error rate of paying the wrong supplier has been eliminated. It just can’t happen anymore because we’ve got the right ABN verification in place,” explained Ms Bramich.

A recent credit note processing enhancement to the KESTO solution has also enabled SWH to scan 100 percent of their documents.

All these benefits have only been enhanced during the COVID-19 crisis. “Our staff are able to work from home and they’re receiving emailed invoices as normal and pushing them into KESTO through an email workflow,” said Ms Bramich. “We also have a skeleton staff on-site opening mail and pushing the invoices through the scanner, Then our remote staff simply log in as they were in the office verify and import the invoices into Oracle.”

The next phase for improving SWH’s invoicing process has already been scoped. “We want to become 100 percent paperless,” said Ms Bramich. “Our audit recommendations are seeking an electronic signature process for non purchase order invoices such as utilities and training expenses. We also want to be able to track every single invoice from the moment it enters our department.”

“The great thing is we know Kyocera will help us achieve this. They’re always innovating and coming to us with new ideas. With their continued support, I’m confident that we’ll reach these goals.”